The first New Water plant in Mellieha, was inaugurated in May 2017 and has since proved very popular with farmers in the surrounding areas.

Treated sewage from the Corporation’s sewage treatment plants was previously discharged to sea. This is now being passed through tertiary treatment polishing plants that totalled an investment of €20 million in EU and local funds. These plants involve sophisticated additional microfiltration, reverse osmosis and oxidisation processes that ensure high security of the finished product.

After the successful commissioning of the Mellieha and Gozo plants, WSC is now working incessantly on its largest plant at Ta’ Barkat in the South of Malta which is expected to be inaugurated very soon. In total, around seven billion litres of New Water will be produced annually through this new system. 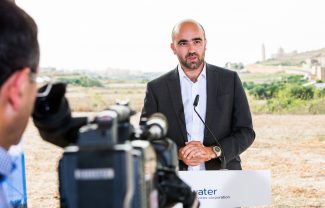 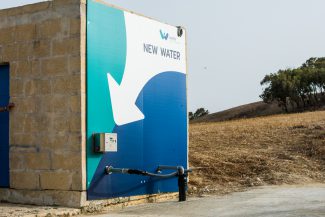 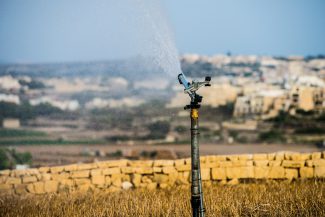 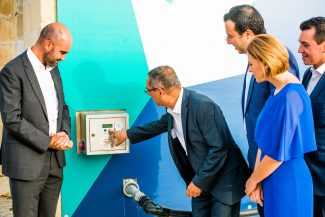 Important investment has already been made and will continue to be made to convey this New Water to rural areas through a dedicated infrastructure. These are planned to exceed €30 million. It is estimated that around 2,200 hectares of fields, around a quarter of all agricultural land in Malta, will benefit from this scheme.

Minister Mizzi briefly addressed the press conference and said that farmers’ take-up of New Water so far is very encouraging. He added that Government is determined to continue supporting this vital sector.

WSC Chief Executive Officer Richard Bilocca said that through New Water plants, WSC is providing a crucial lifeline to the agricultural sector and the water table at the same time. He explained how every litre distributed from these plants is a litre less of extracted groundwater.

New Water plants include very sensitive equipment and any improper use of the urban sewer will lead to inevitable interruptions. In Gozo, farmers will be able to access immediately 3 special dispensers by means of a smart card and in the future, this number will be increased to over 50.

The inauguration was also addressed by Minister for Gozo Justyne Caruana and Parliamentary Secretaries Clint Camilleri and Aaron Farrugia.